The worst part of social networks is how purpose built they are to create addiction. It's sad because all the social networks seemed to follow the same trend of moving towards algorithmic feeds as a way of juicing the interactions. Twitter was quite disappointing in particular. Of all the networks, Twitter seemed to be the one that was best for chronological content. But it wasn't good enough for Twitter. They made it so that any time you opened the app, there'd be fresh content. If no new updates had been posted, you'd see content from the past. If that wasn't good enough, you'd see what other people have liked. And they just kept adding more.

So I unfollowed everyone and put them into lists. For whatever reason, Twitter has left the timeline experience there untouched. And doing this left my home timeline empty of content. Perfect. Until now.

Twitter's been investing a lot into topic in the recent past. It's been popping up with increasing frequency. First it was a search result. Then it became the "more content" you'd see if you viewed someone's individual tweet. And now it's all over the timeline. I don't follow a single topic. Yet every time I open the Twitter app, I see topic after topic being suggested. 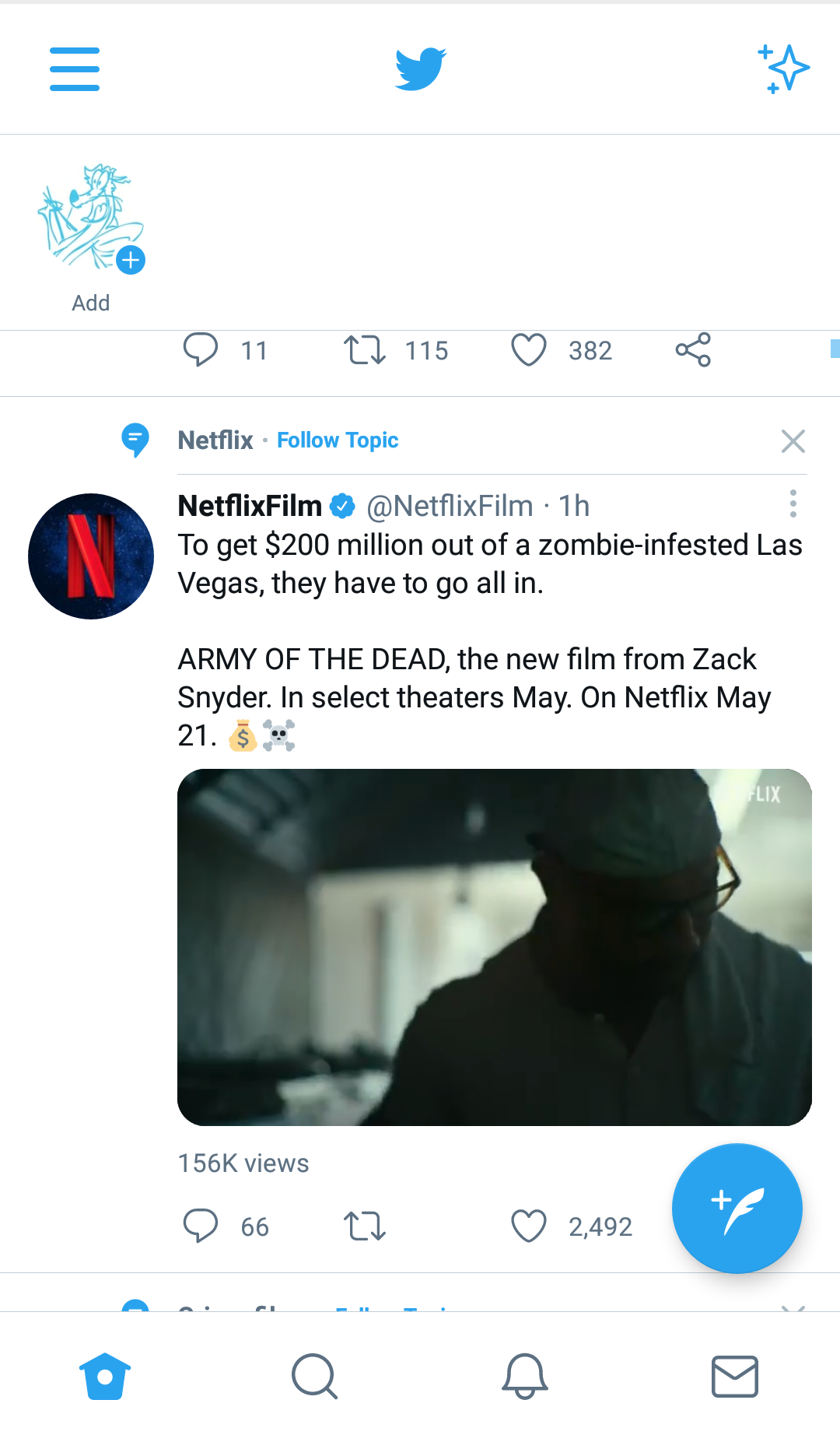 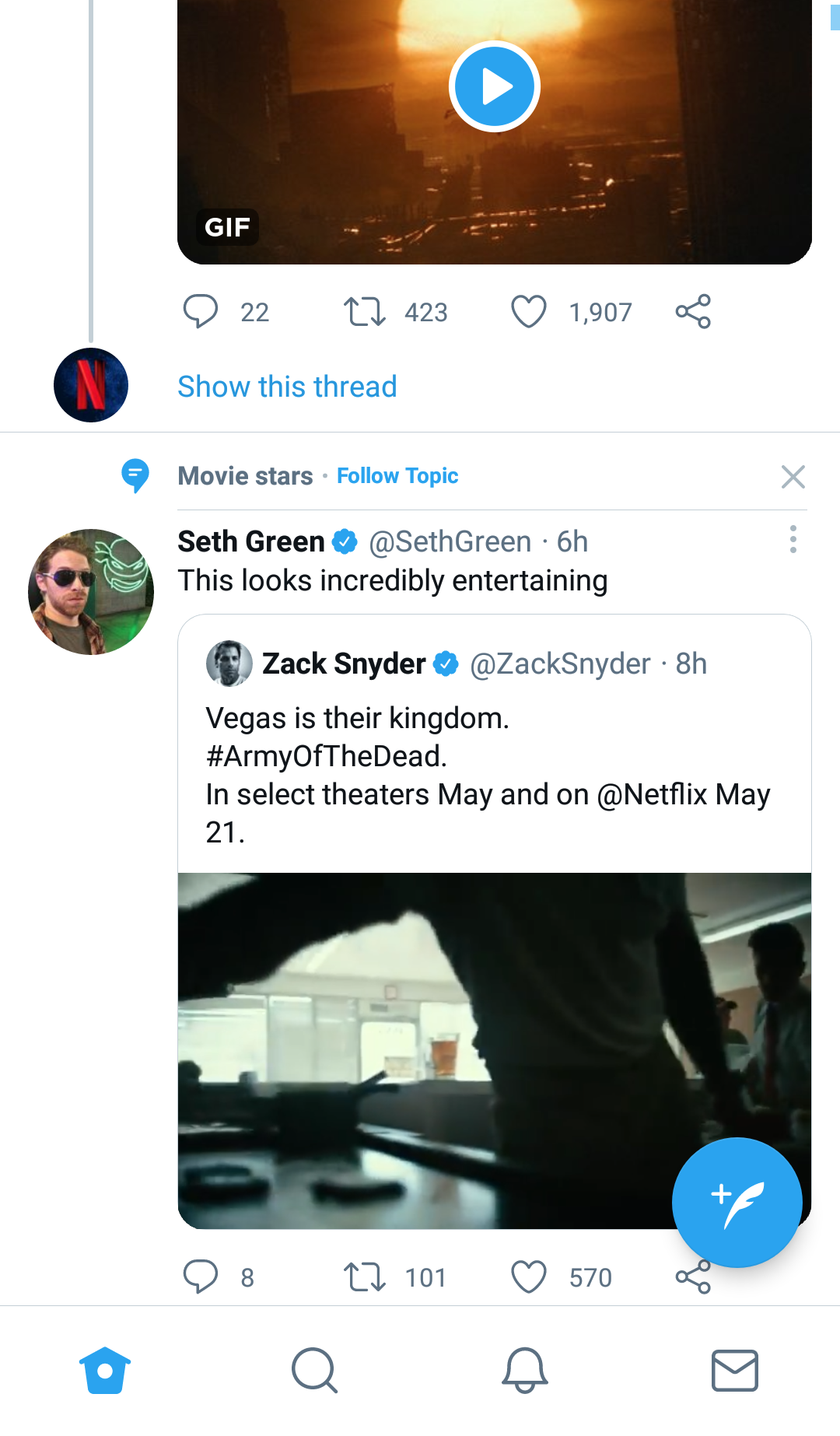 It's horribly intrusive. It's disappointing that Twitter keeps finding ways to try and shove more into my attention. If they could expend that effort instead towards thinking how they can create more thoughtful conversations, there's a chance the platform would be a lot more pleasant.

Yesterday, I wrote about an implementation of git in JS that had beautiful prose as comments. The comments are written in Markdown and in yesterday's post I've mentioned how an html file has been generated with the documentation and the source code. There's more on the source code in yesterday's post but today's thought is about recreating the experience and improving it.

Apart from the code rot issue (mentioned yesterday), an issue with prose like comments is that there's a good chance that it would make working with the source code actually difficult. What we'd really need would be the option to hide and reveal comments as needed.

But that's not all either. The code I read yesterday was a single file. And the code wasn't very long either. What does reading source code look like for larger code bases? What happens when functions have calls to other functions that are all spread across multiple files? I like to look at yesterday's html page:

And I like to think that we could have a linked document where we could click on a function call and that would take us to the documentation of the relevant file.

So how does this couple in with VS Code?

Well, VS Code should have some elements that I need:

The weird part is, VS Code doesn't come with the ability to show/hide all comments natively. There is a plugin for that but I still need to experiment with it; it doesn't work on VS Code insiders which is what I use.

But if we could combine all this functionality, then we might be able to use other source code documentation generators to create a VS Code plugin that allows us to quickly view a "pretty" version of the documented code while also allowing us quick navigation between various code files.

I'm probably going to give this a try with my next project by combining some existing plugins and seeing what the workflow feels like.

App stores should embrace the grind

There was this great essay that showed up on HN the other day. It's called "Embrace the grind". It can be summarized as:

There's a great example in the article that I won't quote since it's the crux of the entire article. Go read it. It's awesome.

Anyway. Apple and the grind. That's the topic. If you've been following Apple news you may have heard about its various spats and anti trust issues brewing around its App store. I did a quick recap of some Apple vs Epic legal stuff the other day that summarizes some of this.

The most prominent Twitter account that's been slamming Apple repeatedly on their poor moderation capabilities has been @keleftheriou.

These are both threads. Both found by a single individual. And both are just a part of an ongoing series of continuous discoveries of scams within the Appstore. At some point, someone needs to stop and ask, how is one person who isn't even part of Apple discovering this much junk.

To me, this is embracing the grind. Forget the anti trust issues for a moment. I think it's entirely possible that in a quest for perfect efficiency, Apple seems to have not really achieved anything useful. What if instead of an army of reviewers then who are most likely not qualified to do technical reviews (According to court documents) and who don't have time to review everything that comes through (Also court documents), Apple instead employed about 105 people who are supposed to just grind through the top 500 list of the app stores, weeding out scams? Mathematically speaking, those 30 people could review 500 apps in 25 days (2 apps per day). Note that these people need not be looking for borderline guideline violation. They are looking for outright scams. Which means once they've scanned legit apps they don't need to go back to them for a long time.

Under this process, Apple embraces the grind and for just over a million USD per year in salaries, they screen out apps scamming people for millions of dollars a year. Like 5 million for a single app. Under this process, Apple ignores the long tail and cuts at the biggest offenders. If a scammer gets on the top 1000 list they would ideally be gone!

This might sound like wishful thinking, but if one random person on Twitter is doing so much, I find it hard to believe that a few dedicated people grinding at this problem would not be able to make a dent in the biggest offenders.

Next links and notes (April 15th)