Windows 10 store is getting a revamp

Super exciting news for me. The windows App store is an under leveraged distribution mode so to hear that it's going to be revitalized means that lots of opportunities are going to spring up. Not just that, but with this the windows app store won't be just getting a UI refresh, it'll also be getting a new business model which allows free competition. The windows app store will allow raw .exes to be distributed as well as MSI installers and apparently it'll even let people deliver via their own hosted CDNs? There's more in there too, but read the linked articles for that.

From all of these it's the raw .exe file delivery that excited me the most. Having tried my hand at Windows app development, I can safely say that packaging it for delivery is tedious. Admittedly the experience has probably improved since then but still, delivering raw .exe files is an excellent idea.

If all this comes true, I can totally see the Windows app store becoming the single place anyone on windows goes to install everything.

Sadly I can't link to any article here. This is from a a research journal and the summary of the findings I received from the economist daily newsletter.

repetitive sequences of DNA on Y chromosomes engender a “toxic Y’’ effect. These repetitions contain deleterious mutations, and when expressed appear to cause faster ageing and earlier death. Moreover, this effect is even more pronounced in a species of fruit fly with larger Y chromosomes containing more repeats. If these findings are analogous to humans, it may—at least partially—account for why men die younger than women. And the human Y chromosome is indeed largely composed of repetitive sequences.

This does seem to support research that was shared in [this article published in March 2020] (https://www.economist.com/science-and-technology/2020/03/07/which-is-really-the-weaker-sex). Some excerpts.

A long-standing hypothesis holds the sex chromosomes to blame. Male mammals are, in the jargon, heterogametic. They have X and Y chromosomes ...

... the sex-determining chromosome is a stubby thing that is missing many of the genes on its counterpart. It therefore cannot cover for its partner’s genetic deficiencies ...

Adding reptiles, amphibians, sharks, bony fish, arachnids and insects to the list, they confirmed that the relationship between longevity and heterogameticity does indeed hold up in other groups of animals.

I recommend reading the full article though. It's easy to understand and we'll written and also contains some surprising results about what happens when the females are the heterogamatic ones.

Comedy in crisis in Mangas

There's a moment in the Naruto manga towards the end of the story. Chapter 631 (of 700) to be precise.

The setting: A great war has broken out and the ultimate villain is threatening to end life as all folk know it (because of course they are). The ultimate villain is a back-from-the-dead powerful ninja of old. And just when things are looking really bad, the one ninja who is powerful enough to fight him is also brought back from the dead. The villain and the revived-from-the-dead hero were such strong rivals when they were really living that the villain's only true joy was in fighting the hero.

The moment they meet is amidst death and crisis; at the peak of the war. And here's what it looks like (oh, Manga is read right to left btw.) 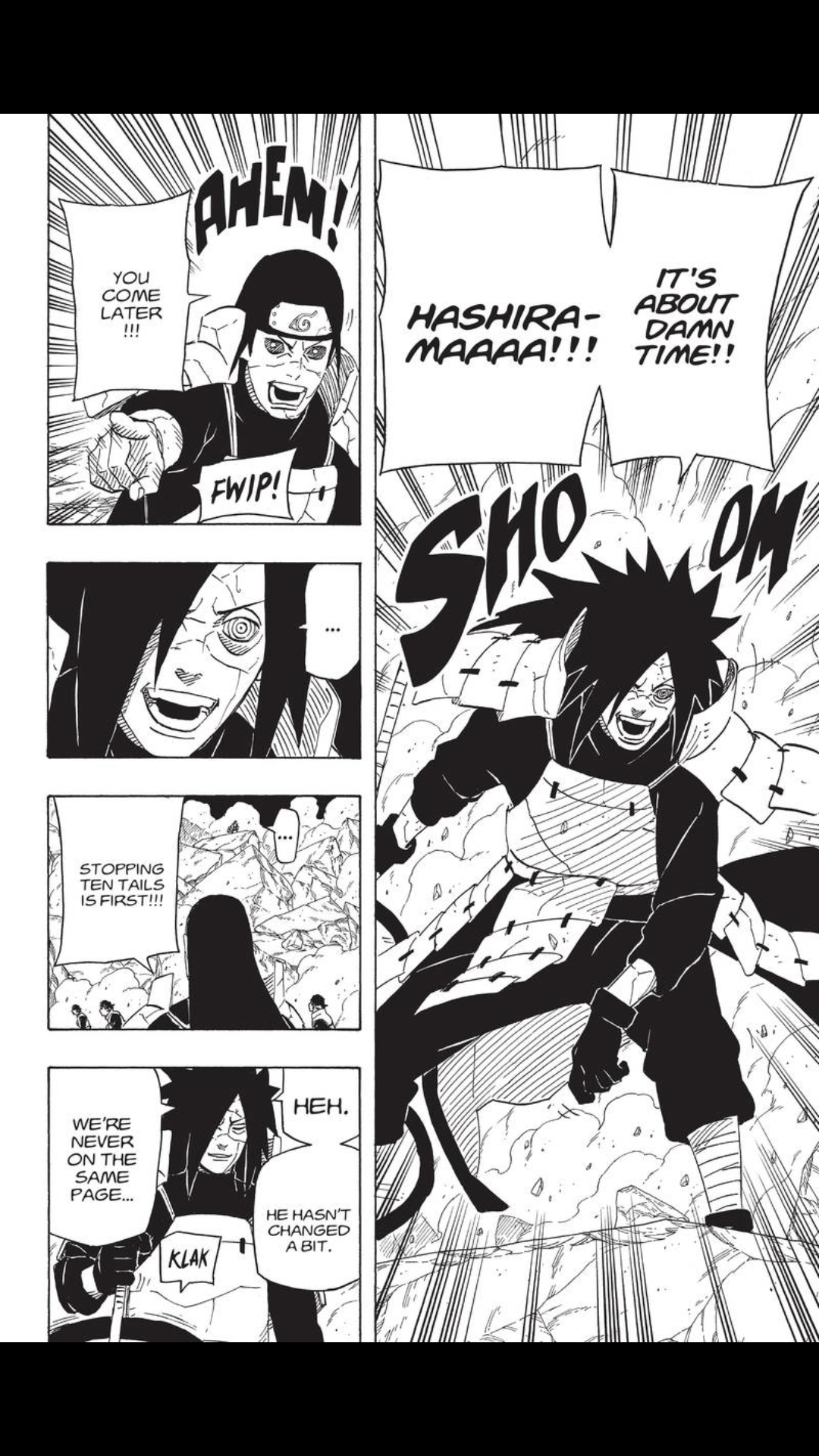 The face of Madara right after Hashirama blows him off just kills me. Up until that moment, Madara's entire character has been murderous and full of despair. The comedic relief of him making that "did he just.... Ignore me?" face is brilliant.

It's also something that Manga specializes in in a way that western comics rarely do. Japanese Mangas seem to have perfected the art of this comedy in crisis moments. Here's another one from the manga One Piece. Three of the main heroes are about to be hit by an attack. Crisis! But then, they proclaim that the greatest pirate between themselves shall be the one who reacts as late as possible. Shenanigans unfold 👇🏽 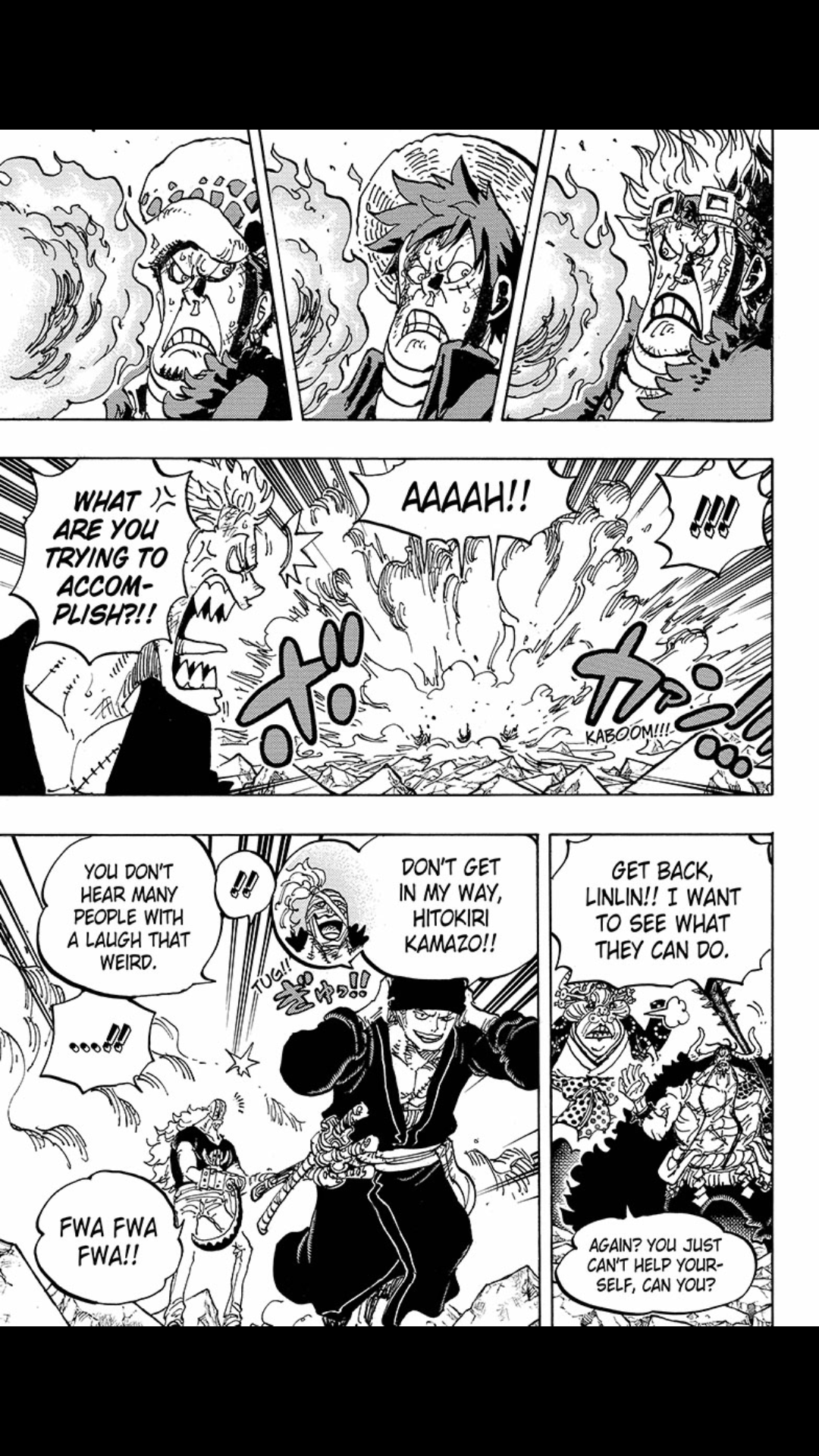 This is actually very difficult to pull off without breaking the true seriousness of the moment. I can't imagine DC pulling off something like this with a character like Batman for example. The question is, what does it take to set the stage for moments like this? How do you make it feel in character for just two panels unlike say deadpool whose entire shtick is this kind of stuff?

This is a new section in thinking of adding to the daily posts. Some notes, and/or links are not worth an entire section dedicated to them. But they are still worth sharing. This section is an alternative to posting to Twitter in some ways

Next links and notes (April 25th)