Animators react is one of the "react" shows that Corridor Digital has going on. This episode is particularly good as Alex dives pretty deep into the styles of animation done for anime along with the approach to animation for Attack on Titan

For those who don't know, Alexander Snow is a veteran animator whose notable accomplishments include many of the character animations of famous snowman Olaf from the Frozen movie series. He's incredibly passionate about breaking down the "feel" of an animation and it's always a pleasure to listen to him talk. It's also a pleasure to follow him on Instagram where his stories regularly highlight new animators he's discovered.

This episode bring a bunch of extra insight as Alex points out the stylistic choices of anime, how they differ from traditional western animation, and how the budgetary limits of mainstream anime requires creative choices in order to show plenty of action while requiring less drawings per episode. I have 2 favourite insights from this.

First is how much anime, Japanes anime, will focus on conveying energy and the tricks that they'll employ to do that without breaking the bank. Alex shows moments from anime like My Hero Academia where instead of animating a character simply swinging an arm, the animators will have a single drawing of an arm but will animate the background with lots of easier to generate FX which give the sense that the arm is moving fast but also against great resistance; all of which comes together to give a feeling of power being generated. Similarly, a single drawing of a character will be used to show power by changing only the outline of the character in a way that it looks like the character is disintegrating because of the amount of energy being held in them. Alex makes the observation that many times, anime will forego detailed character drawings and will instead go for rough lines which might look weird on a single frame. But against a full shot it just lends to this aesthetic of constantly flowing energy. It's all great insight and creates an opportunity to go back to favourite animes and observe how these techniques have been used in our favourite scenes.

The second insight that I appreciated was just how much the rules can be broken in ways that even 3D cannot do. Alex points out that even though 3D gives more freedom from real world rules, it's still bound by rules. Niko mentions here that at the end of the day, 3D programs are mathematics. You can't simply violate the rules from frame to frame. Even the models that are being animated are bound by the rules of their rigging. One can't simply add joints for 10 frames of a character. But those rules don't apply in 2D. All this comes up when the crew is breaking down some shots from the anime "Attack on Titan". In the same shot, a character can go from being drawn from the perspective of a standard 35mm lens to being drawn from the perspective of a fish eye lens in a span of a few frames. Limbs can suddenly be stretched well past breaking point and can even break the rules of their own joints even if it is for a few frames. In 2D, the only limit is time and what a person wants to draw. It's why up to today, 2D animation stands above the rest in having the most fun feel to it.

There's a lot more insight in there. Do yourself a favour and watch it. It's a great video.

My Xtron Pro has finally arrived

Oh. My. God! I have waited for this for so long. I couldn't even recall off the top of my head when I ordered this. All I know is, my shipment order was created on the 8th of April and I have been looking at the order status every single day since. Check in the morning. Check in the evening. Celebrate at each change. And now at long last it's finally arrived. 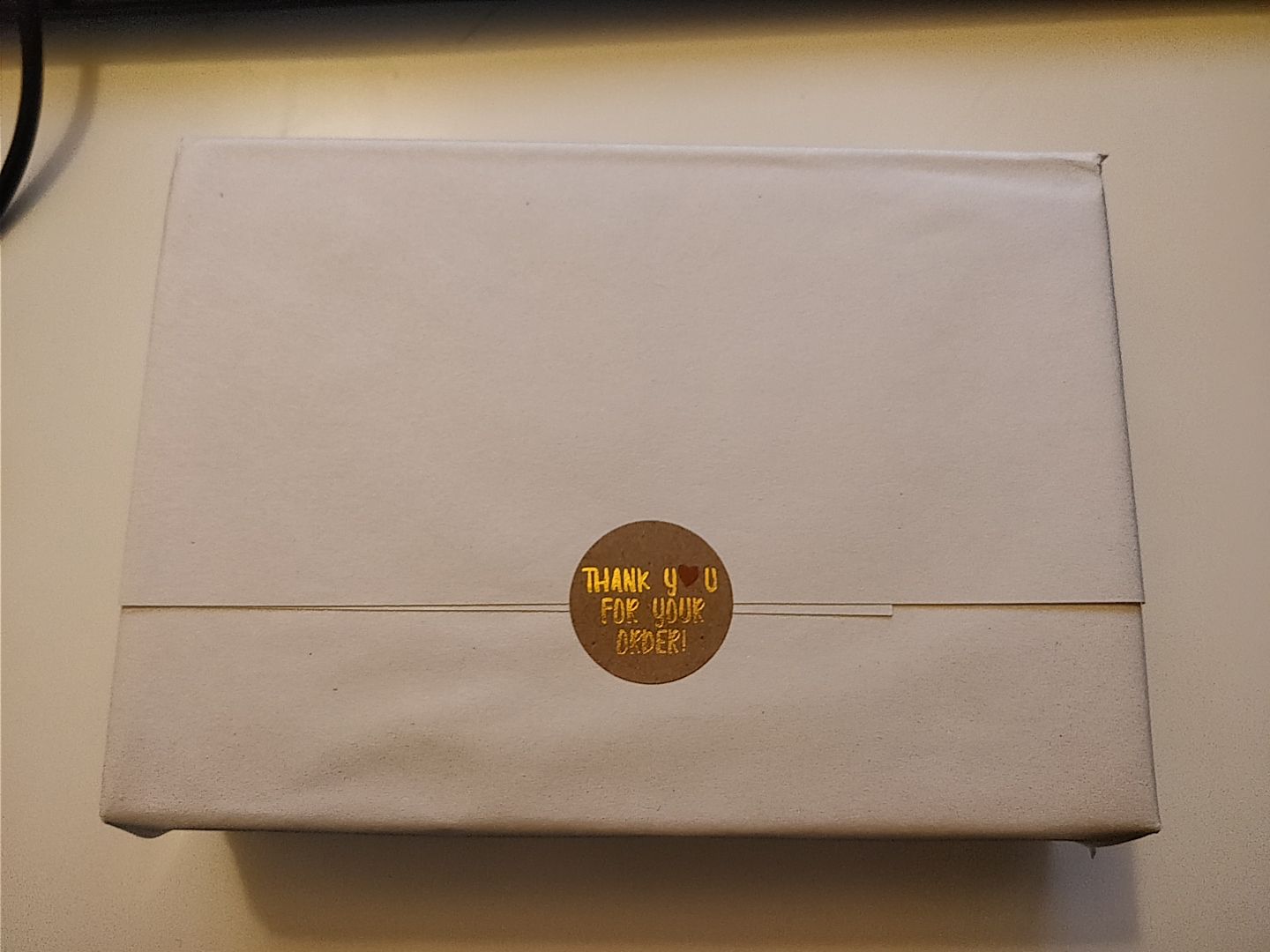 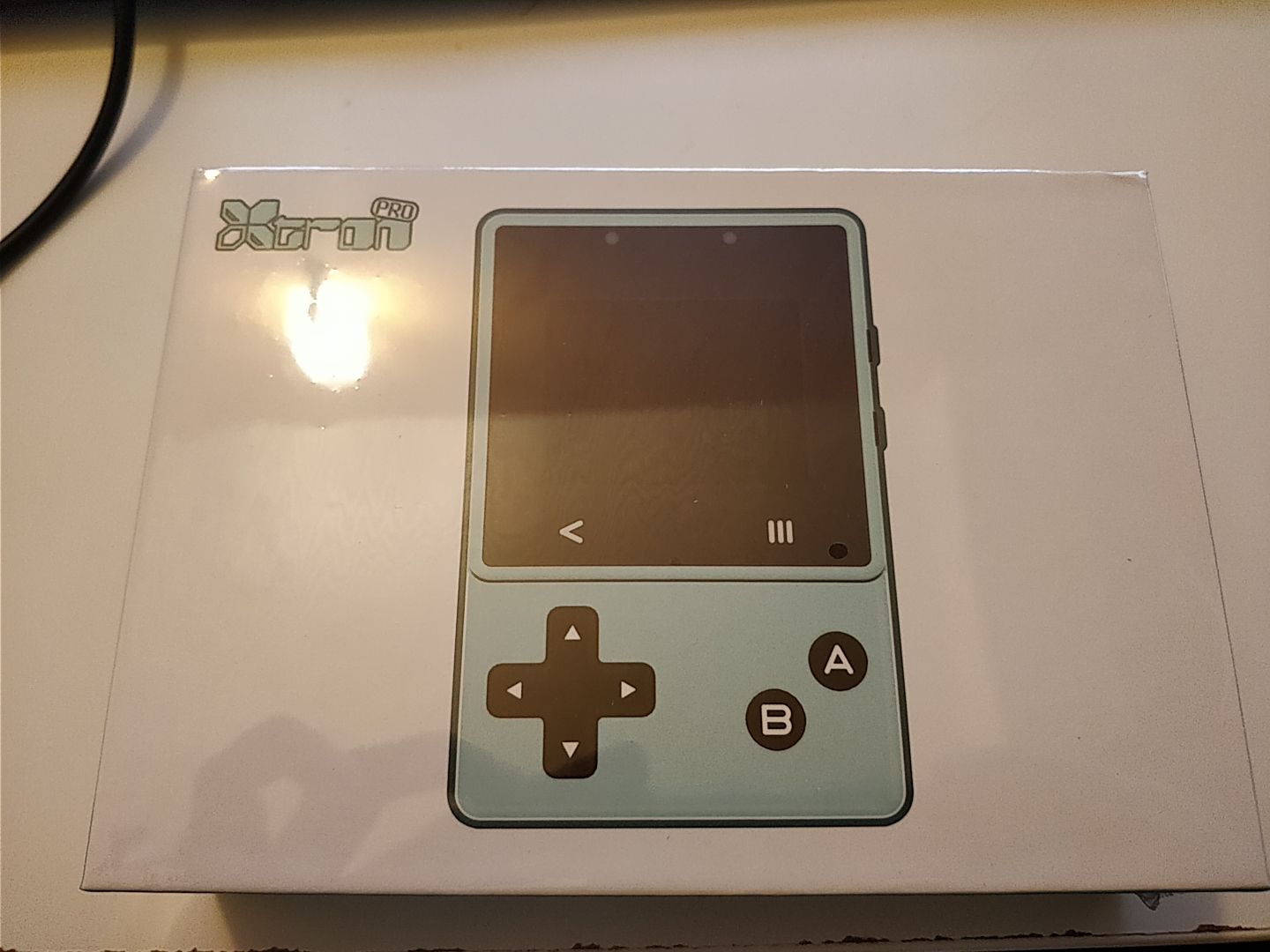 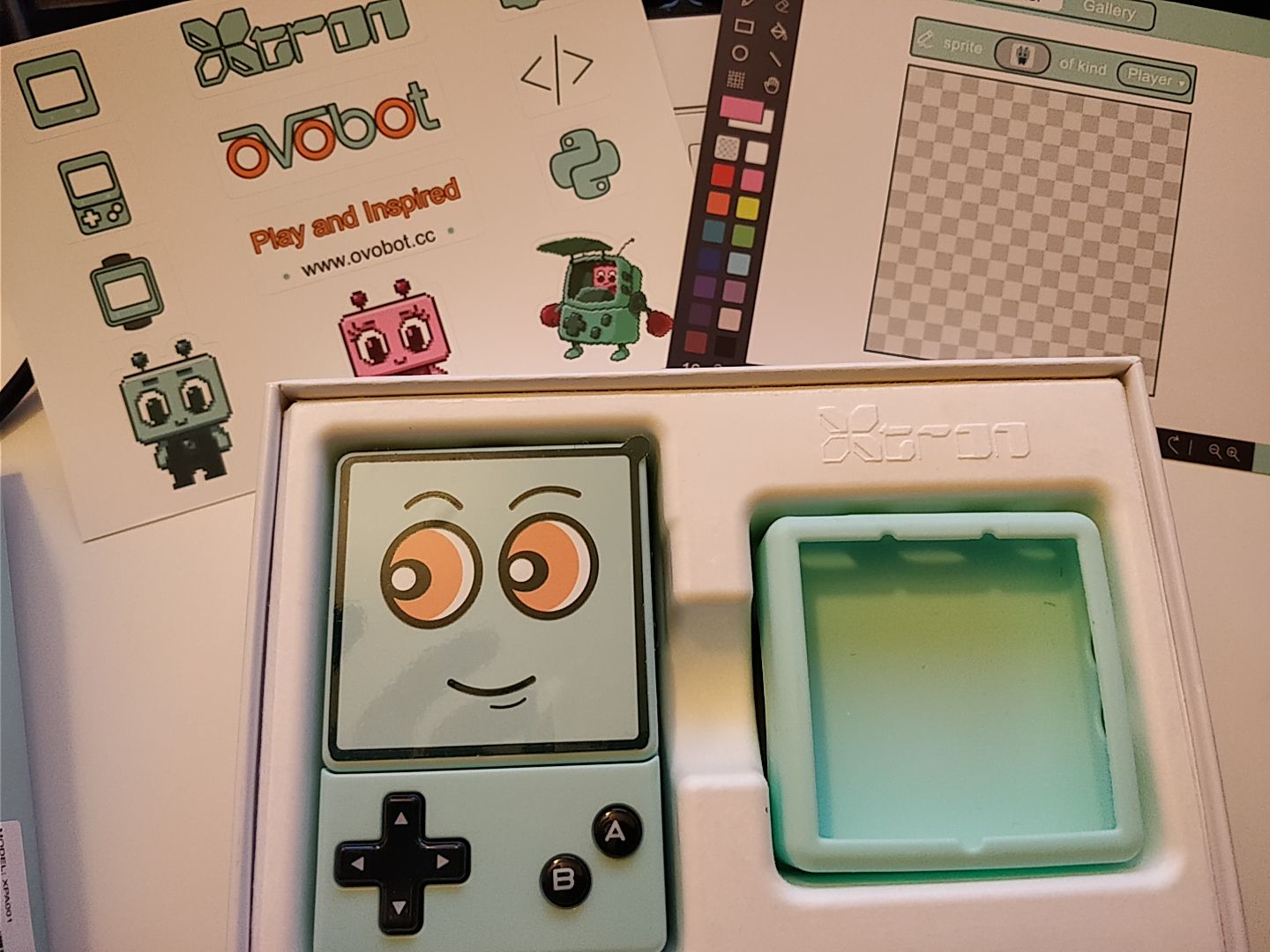 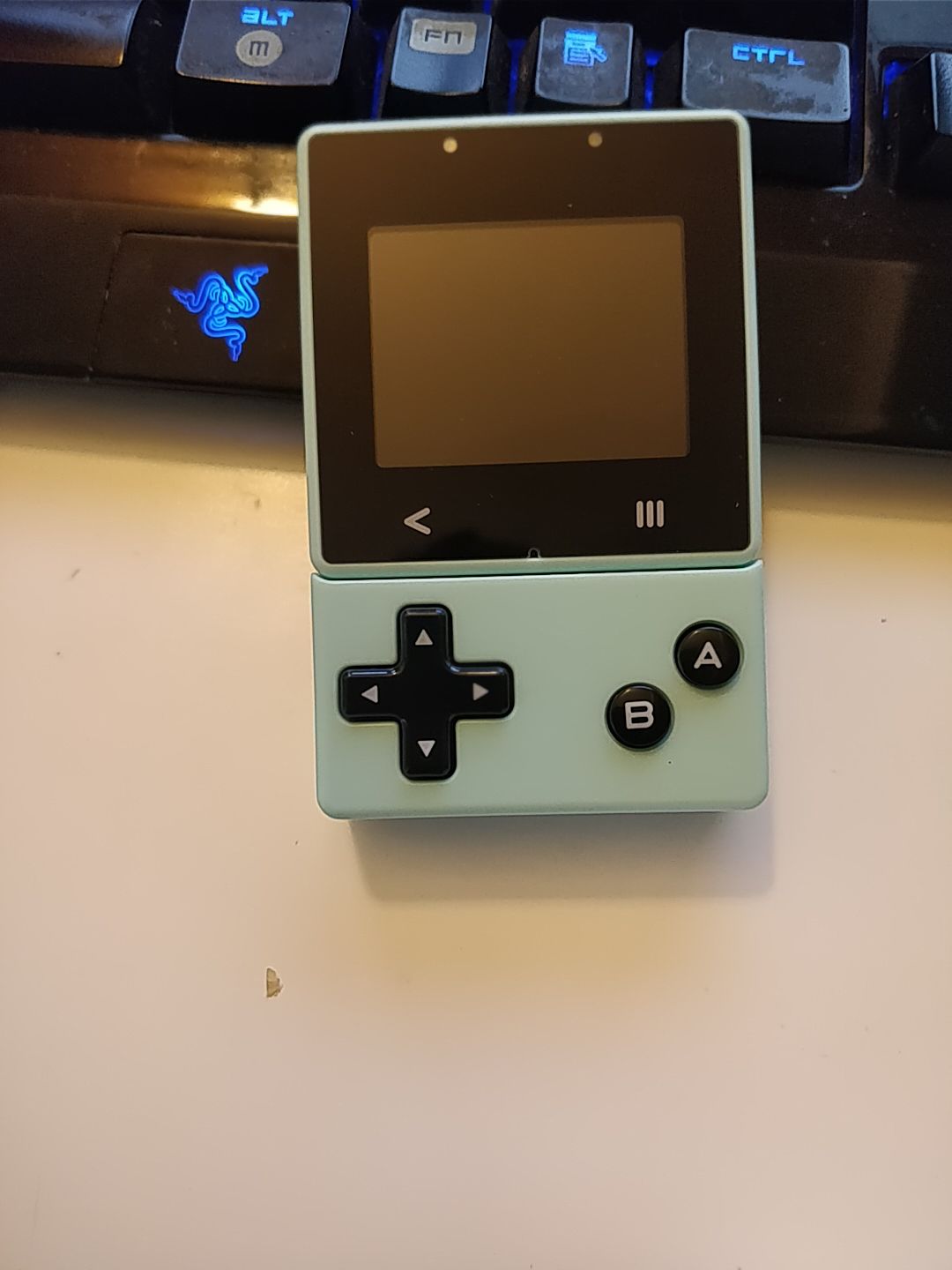 It's tiny! Here's my oddly shaped finger for scale 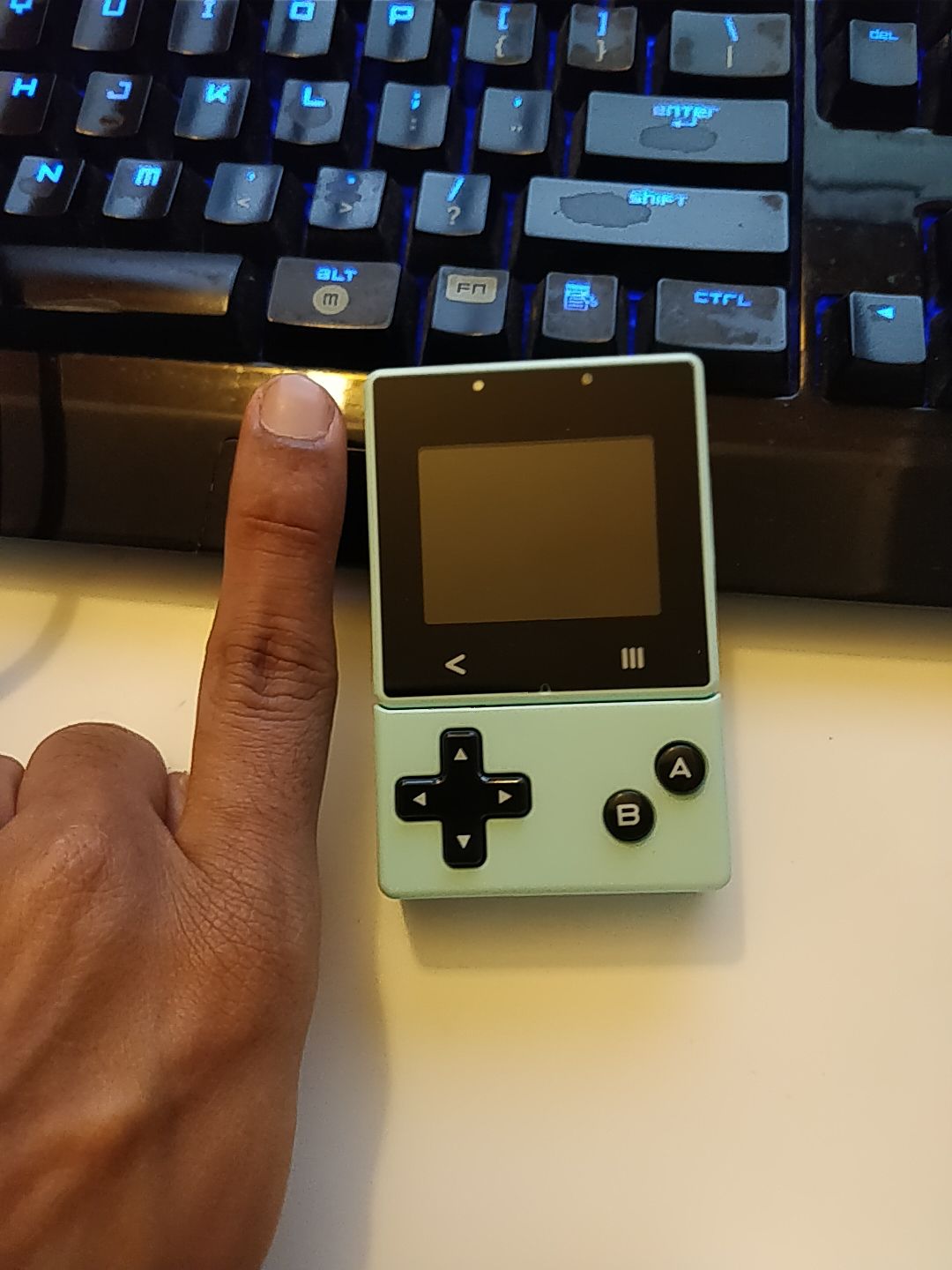 Please ignore the worn out keys on my keyboard. It's not pretty but it's been my baby for years.

Anyways. The most exciting part of getting the device today was loading up the basketball game I'd made earlier. I wish I had a video of it but I don't. I'll try to get one up. In the meantime, my words will have to do.

Although the device is smaller than I expected it still feels good to play with. The screen looked small enough to have me worried that I wouldn't like looking at it once it switched on. But once it came on, everything looked so pretty. I couldn't help but feel that I want to play every single retro game on this small screen from now on. Especially given that the controls feel so responsive!

I can't wait to start making games on this full time. It's about to become my night time hobby.

Previous links and notes (May 9th)