Surveillance software as the bane of remote work

Ever since the pandemic began, I've heard this constant buzz of "look! Remote work is here to stay". And while I'd love for that to be true, I'm gently reminded from time to time just how lucky I am to be working for a company like Buffer since many companies seem to actively make remote working a miserable experience.

Today I was speaking to a business owner and they told me that they were installing monitors in all employees machines to track the employee. The monitoring tool checks whether the employees are in their seats, what websites they are visiting, and what actions the employee is taking on their machine. Doesn't take a stretch of imagination to know how disgusted I was at the idea.

The interesting part was that despite my gentle probing, I couldn't really get a good reason for why this was being put in place. Teams were still performing well even if their number of hours were less. The company was delivering software at the speed it needed to. And admittedly, there were one or two errant employees who were either palming their work off to juniors or eating into the company's internet connection by using it to watch Netflix (Sri Lanka still doesn't have a decent non bandwidth capped data plan). Basically, the only real reason I could get from the entire conversation was this implied idea that it was impossible to trust employees to be working at 100% efficiency the entire time and they need to work with this feeling of someone monitoring them in order for them to "behave".

It was pretty heart breaking since I know the office and the people. I did tell the business owner that this comes across as retribution for the act of a tiny group and that it isn't pleasant to work knowing you are being surveilled. I didn't mention that the reasons given for implementing this policy could happen regardless of whether the company was working remotely or not.

The thing is, I understand this desire to ensure that people aren't slacking off. But it's essential to put that ego aside and to trust the team you've built. I can assure you, that alone creates a feeling in people that makes them want to show up and deliver good work. Until people understand the latter, I'm unwilling to believe in the hype train for remote work being here to stay as a mainstream idea. Any company that would engage in surveillance would really rather just have people in front of them. I hope I'm wrong. But it looks like for now, remote work which is actually trusting of employees and the process may still be confined to the bubble of the tech world that I'm in.

Funny side note: while reading up on the topic of surveillance tools at the workplace, I came across this post by David of Basecamp. Yes. The CTO David. I found this quote to be a good reminder of what ideals David would stand up for and how in contrast it stood to his actions from just over a week ago:

When I highlight the horrors of the employee-surveillance industry, I often hear "oh well, workers could just quit if they don't like it". As though most people hold a job merely as a hobby, or that ethical alternatives are plentiful, or that the market will surely naturally correct itself if only they would quit!

In other words, blaming the victims of employee-surveillance abuse for their predicament. It's your fault for taking it! Why won't you just take a stance by forgoing the money you need for rent or food?? Have some principles, dear workers!

Every year, Masterchef Australia brings in food celebrities from all around the world to be part of their judging panel. The judges participate in the competition as both mentors as well as "game runners", i.e., they set the challenges themselves. Since the pandemic started last year, Masterchef naturally didn't have a real option in being able to bring down any chefs from anywhere, especially those from abroad. This year, Masterchef has employed technology to help solve the problem of not having celebrities around because of Covid. And I have to say, the tech looks amazing! 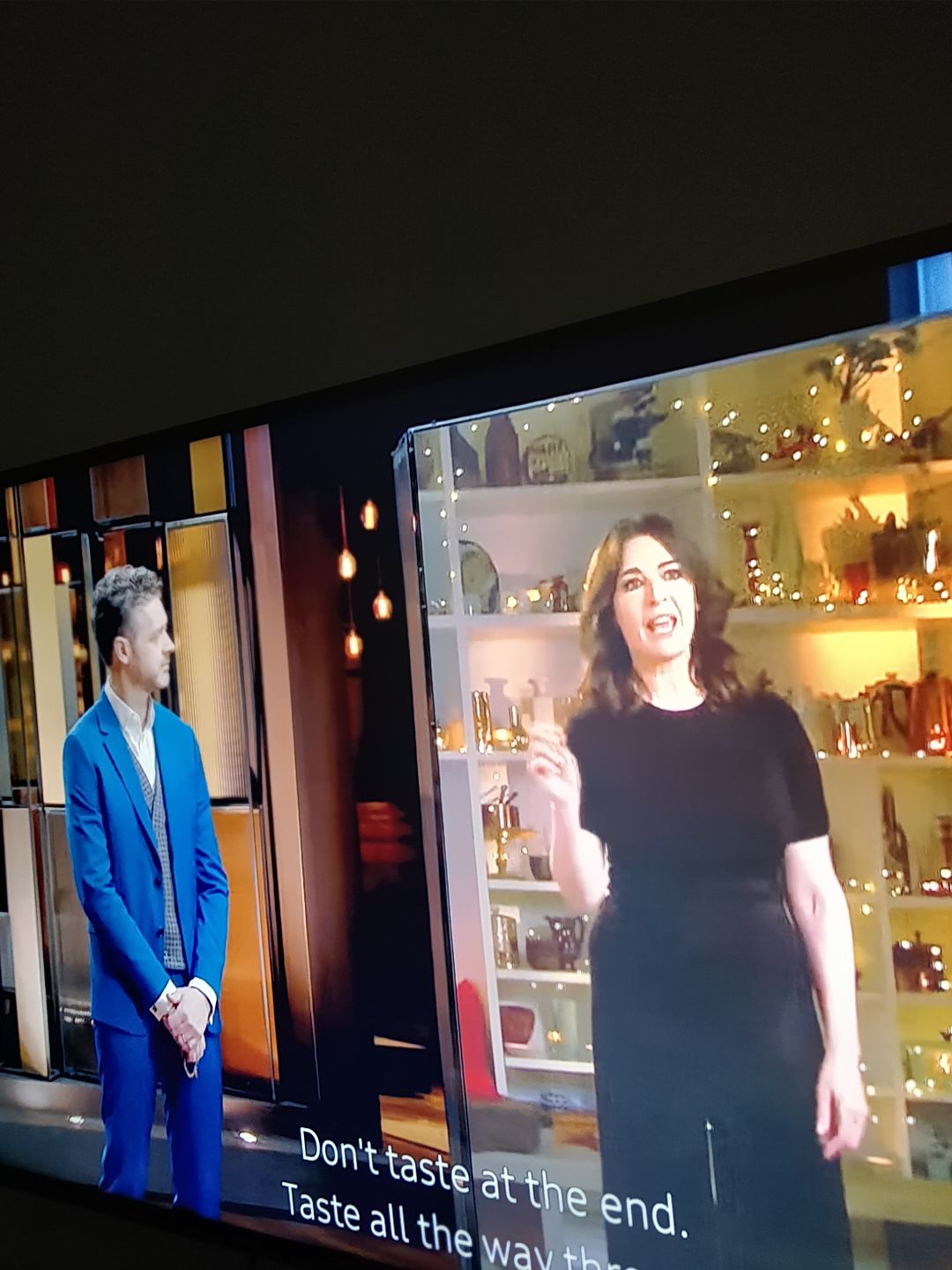 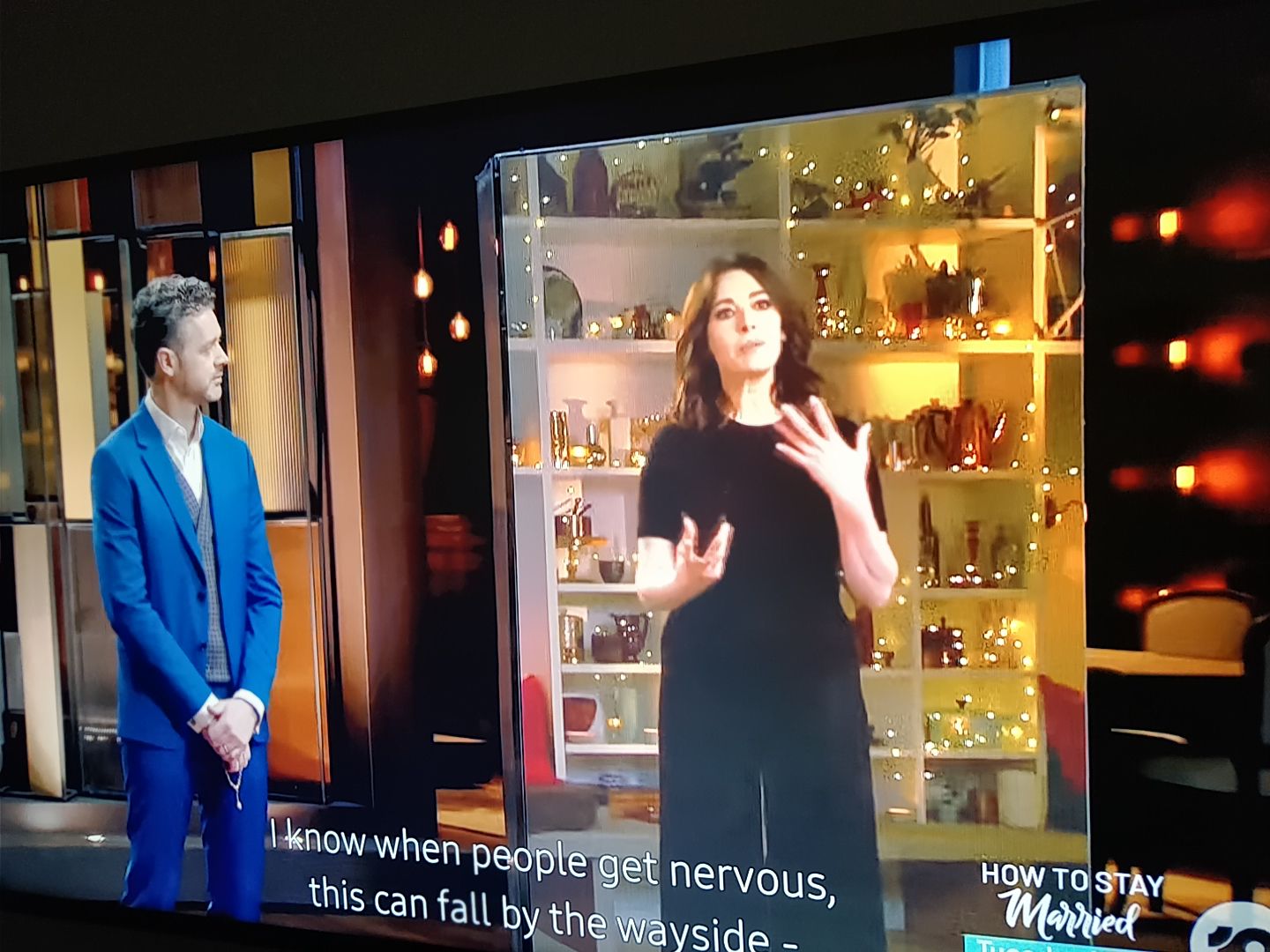 A screen that's roughly the height of the tallest judge, a screen without bevels (or at least without visible bevels), a full body video feed of the guest and some very clever camera work creates the illusion that the guests are actually standing in the room itself. This illusion is further heightened by the judges talking to the screen as if they are talking to a person who is standing besides them. The judges aren't going and standing in front of the screen. They are looking over their shoulders the way any of us might to talk to a friend who is standing to a side of a group. With lighting of the guest set to match the feel of the Masterchef kitchen, the illusion comes off as entirely believable and that makes for a mind blowing experience. I got so excited, I couldn't help jumping up and taking photos of the screen. If ever there was a future for truly immersive remote working calls, I wouldn't complain if this system was part of it.

No other words to attach here. Just a follow up from Yesterday where I said I'd share a video of the device in action. It's so much fun!!!