The power of being prolific and why I care

Call it consistency. Call it volume. Call it quantity. Call it whatever you like.

Show me a person who is currently a successful creator of anything valuable and I will dig up a mountain of effort that lies behind them. What's more important is that I'll also dig up a mountain of embarrassment probably. There's no good content creator (I'm avoiding the term value creator) whose past doesn't turn up something that looks awful compared to their current level of work.

Artists. Software or game developers. Musicians. Vloggers. Tech reviewers. Writers. It doesn't matter. Their past reveals the universal truth. They all started out meh.

Maybe they didn't start their current platform meh. Maybe that YouTuber you love has always had excellent content. But deep in their past, you'll find a person making weird and maybe even cringey home movies on their parents' camera. It may not be out there on the internet. But it exists. Even if it's only as a memory held only by the creator.

While none of this should come across as new information, it can sometimes be hard to believe it without actually seeing it. Or better yet, experiencing it. It's like starting a business. Despite every business book, blog, and startup post mortem saying "don't worry about the tech, worry about product market fit", we still see a blog post every few months from a founder writing that they learnt the lesson to not worry about tech first. So to keep myself inspired, whenever I come across a creator I try and find their beginnings. If it turns out that they are an example of someone whose start was humble, maybe even awful, I add them to a list. And every time I add a person to this list I'm reminded of the eternal truth

Of course it would be weird to have this idea and have a heap of inspiration collected and then be reluctant to start writing about it. So I thought I'd finally put it together and share a few gems I've collected along the way

Marques Brownlee. Arguably one of the most respected tech reviewers in the world. So many people from all over the world watch and ♥ his YouTube channel. Even he started small. Literally in his case. Scroll to his earliest efforts on YouTube from 2009 and you'll find a kid, unbroken voice and all, reviewing an HP pavilion laptop in a dimly lit room with a camera of meh quality.

It isn't a good videos at all compared to MKBHD's standards today. It's... Quite bad in fact. But look at his output from there. Video after video. Keep following the progress and by May 2009 he was doing unboxing videos and you can see his confidence growing.

By December 2011 he was doing polished first impression videos. And by January 2012, you can see the pieces that go into his videos even today. Smooth camera pans. Crispy clear footage. Voice overlaid on stylish angles of products with tatefully placed text over the product.

Today MKBHD is known for his crip editing and thoughtful reviews. But he didin't start there. He just started one day, somewhere. And he kept going on video at a time.

Here's a look at all his progress: 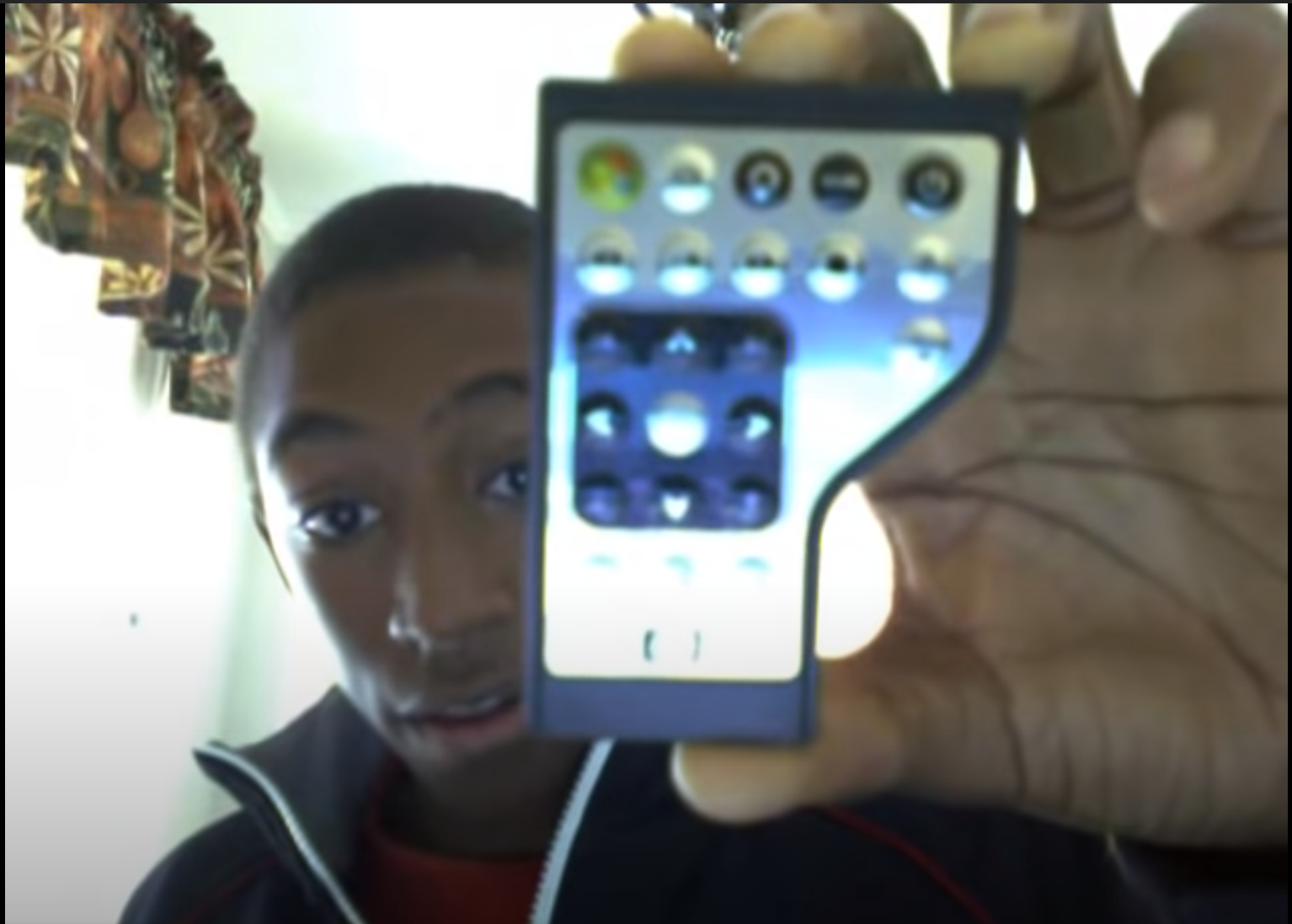 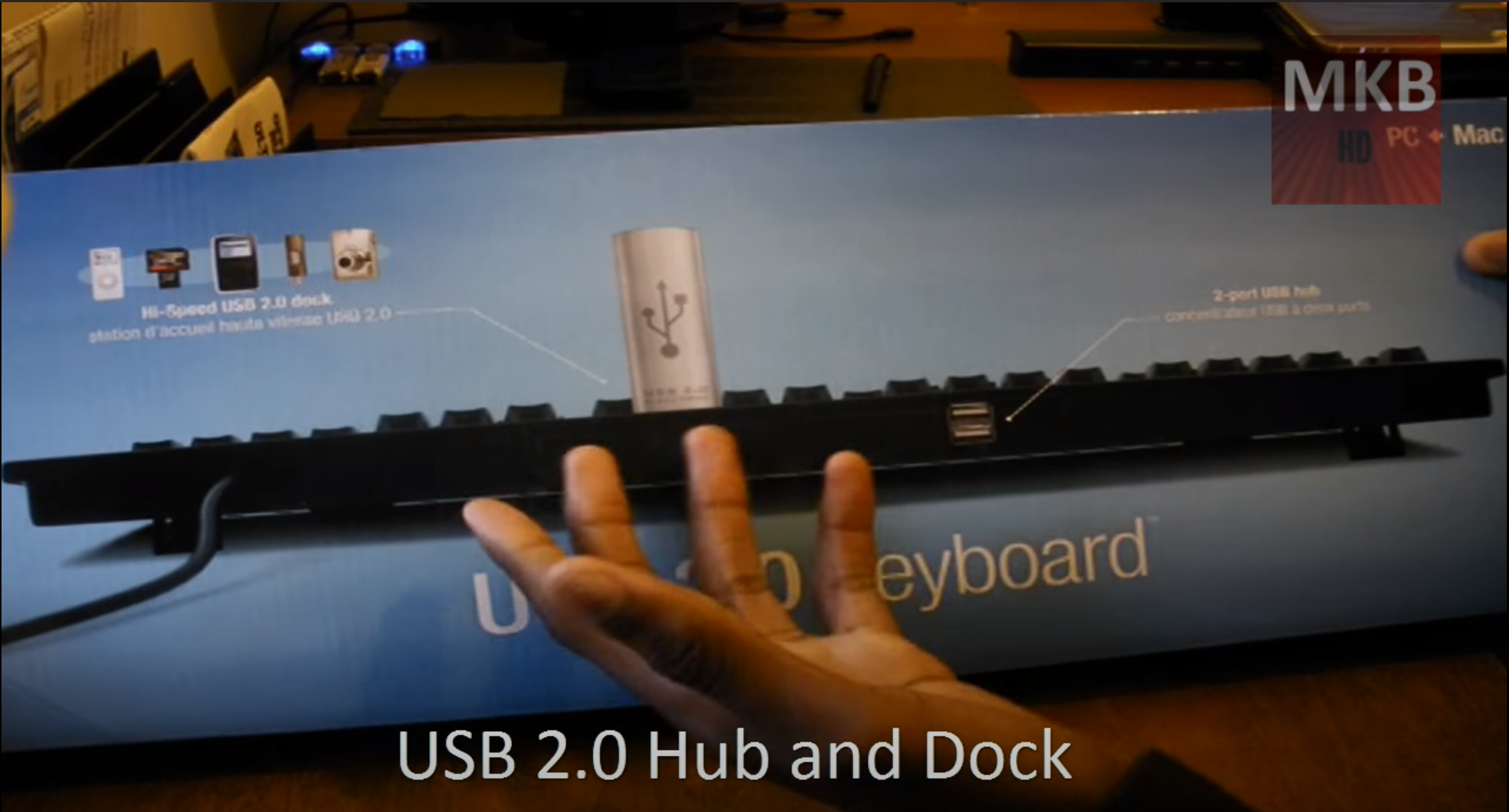 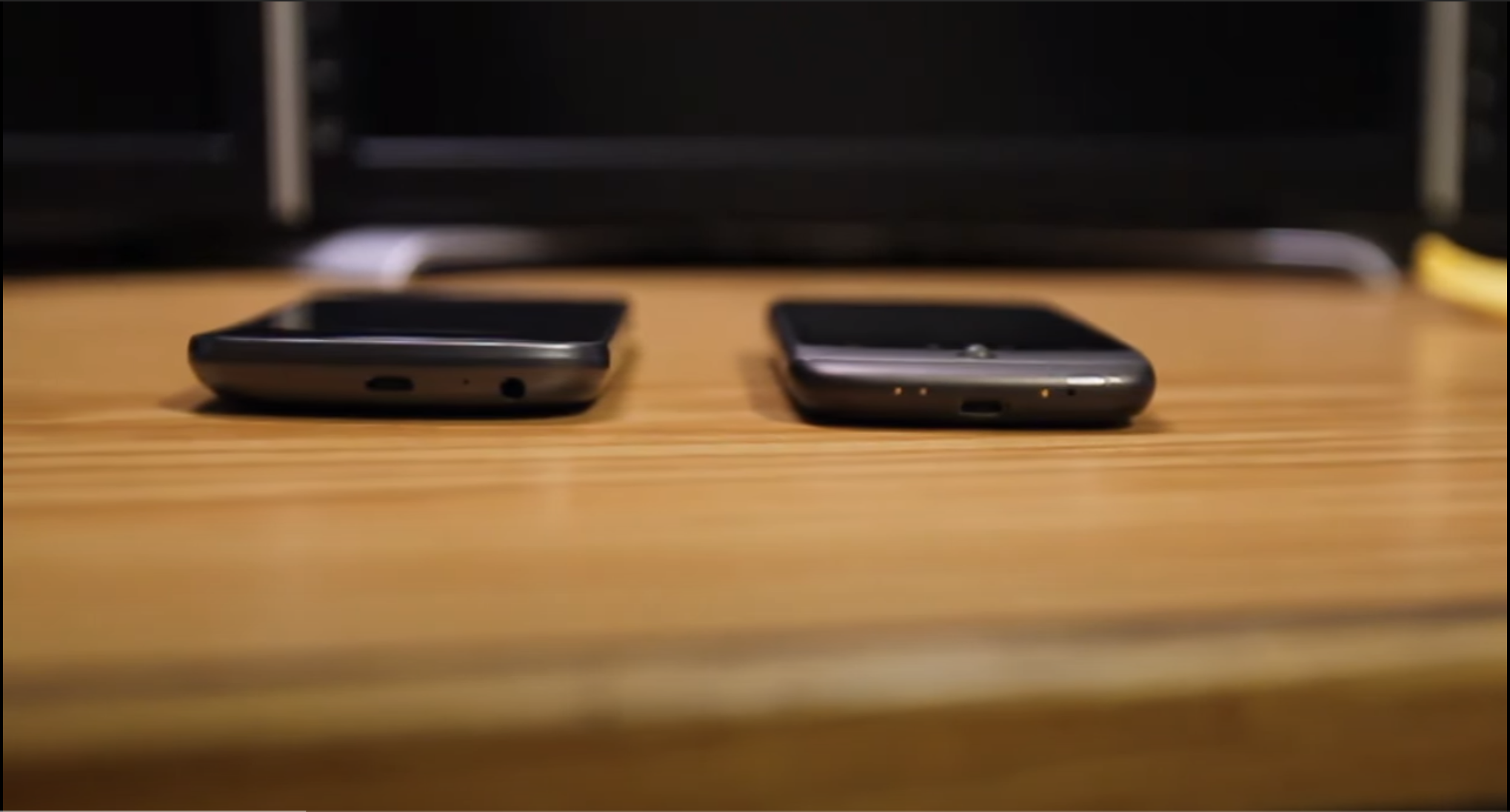 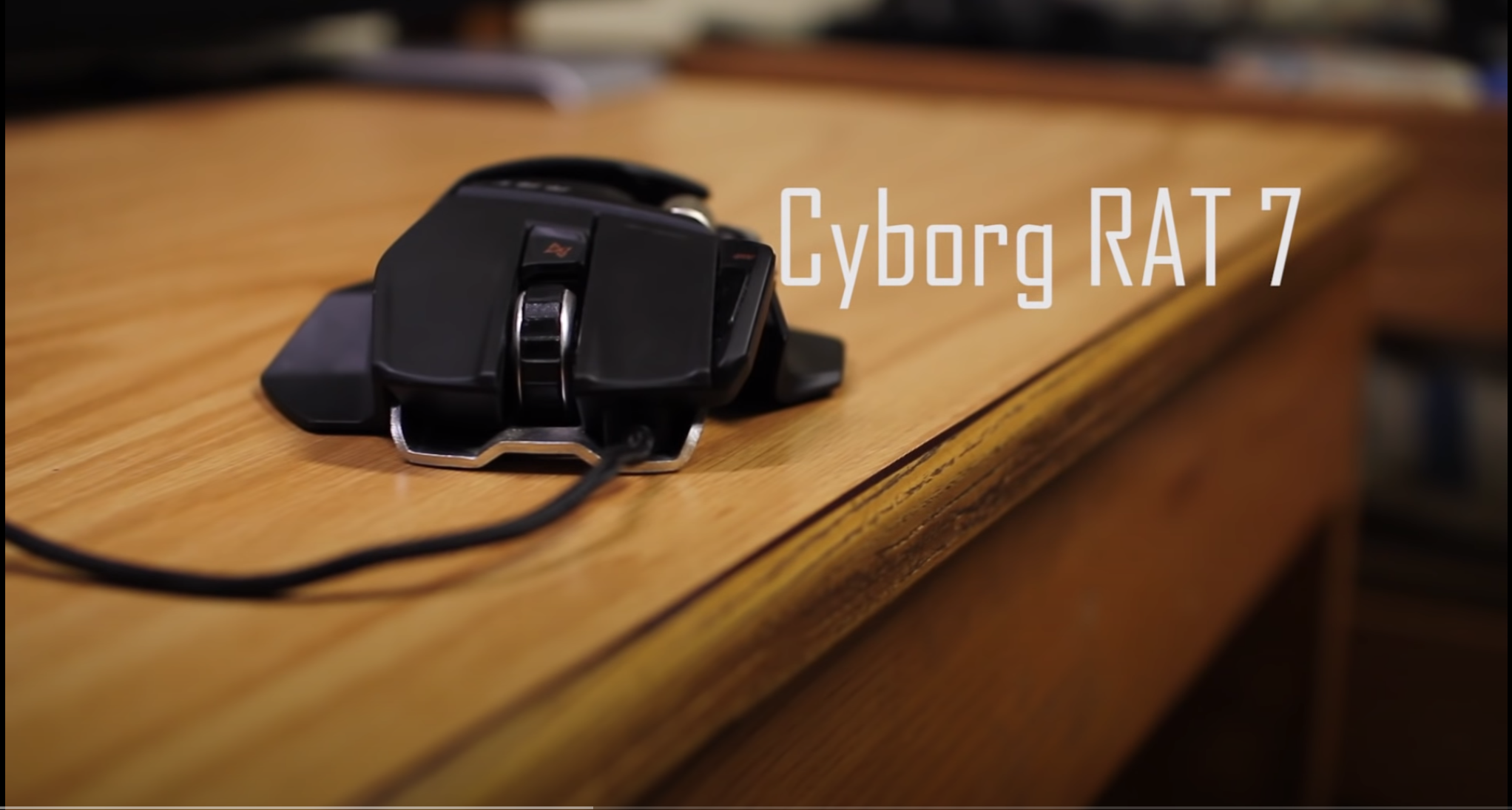 It's hard to talk about daily efforts and not mention Beeple. His surreal daily art as political commentary has made him famous. Nearly 5000 days ago, Mike set out to create a picture every single day. To clarify, he set out to create a picture from a blank canvas every single day. As of the time of this writing, he's done over 4940 days without a single miss.

That on its own is an achievement to behold. But what's even more impressive is following the progress he made in the process. He has a website where his "everyday" are organized by "rounds" which are years essentially His first ever image in round 1 is a called lessons learned. It's a drawing. Published on October 13th 2007. It is also weird. Anyone could have drawn it. It's that basic. 3 days later, his image Love (ohhhh gee bear) is weird and quite honestly, dumb. Keep scrolling through that list and you know what?

There's not a single award winner or even a major eye grabber in there.

In his second year, Mike opted for 3d software for the first time.

Since that's how he produces art today, if you thought this round would be good, here's the truth. It isn't.

But if you scroll through that round, you can see his craft evolving.

I can't pretend year 3 is brilliance either. It's definitely a jump in technical proficiency. The images themselves though are... ok I guess?

Round 4, and he dabbles in photography

Rounds 5,6, 7, and 8 are back in the 3d world and now they images begin to get more interesting. There's an appeal to it. A recognizable flair. Hints of his future direction are scattered throughout.

And round 9 is where you really see the signature style of Beeple form. Weird otherworldly creations begin to pop everywhere you scroll.

And by round 10, the look and direction of Beeple's is firmly established. Although it is worth mentioning that those images are still not where he is at today. But you get the idea.

Mike is prolific. Mike is well known. Mike AKA Beeple is well respected, loved, followed, and is Mike is now a producer of quality content. Every. Day.

Cole Eastburn who works at Blizzard — arguably employers of some of the best artistic talent on earth — drew just like most kids when he was 10. The difference was that he never stopped drawing and never stopped pushing himself. He may not have been publishing on Instagram (not that it existed back then) but he was certainly busy creating. 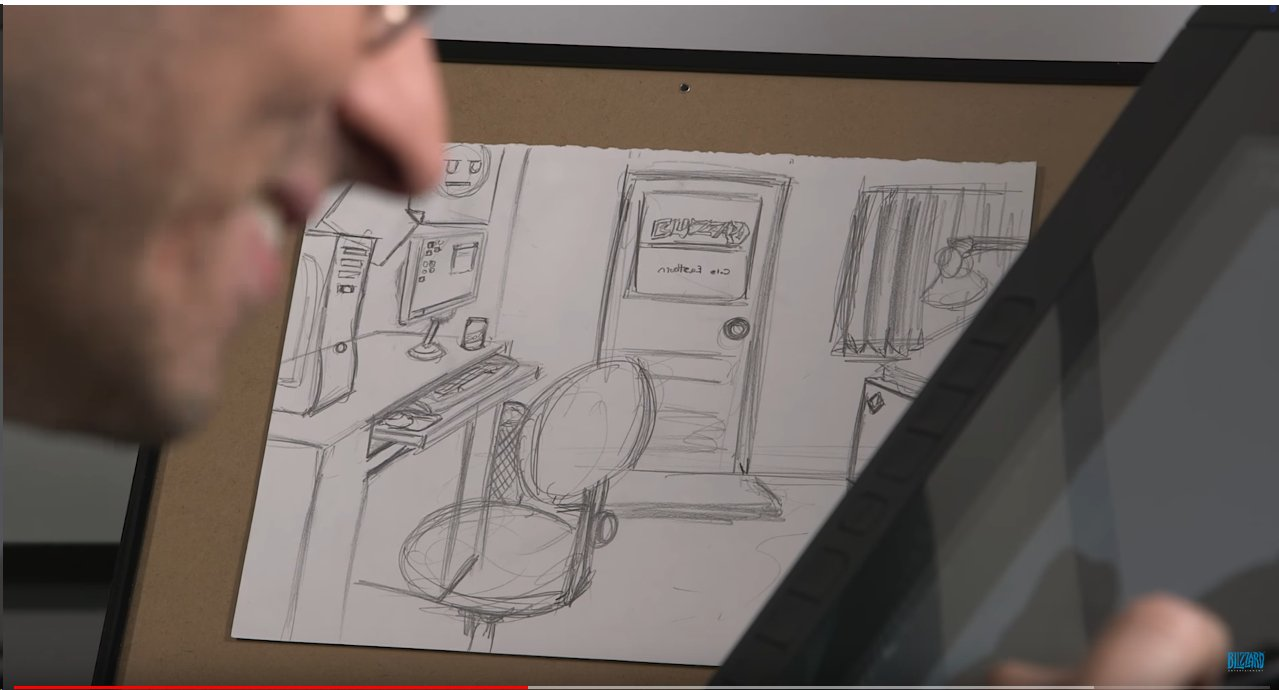 The above is Cole's work.

Sam and Niko of Corridor Digital also ran around making home movies and then went on to make videos on YouTube which had a passionate following. Some even made little trends of their own on the internet. I'd in fact argue that their best work comes from the time where they (Freddie Wong, Brandon, etc) were all working together to punch out new videos every Friday evening. That time of being prolific meant they took on weird ideas each time. But that also meant we saw them level up so much more faster.

Was it perfect? Nopes. Was it fun? Yes. Did it become more fun? Yes.

Game commentators. Music makers. Podcast hosts. Name it. and you'll find being prolific and just making stuff is where the answer is to how people got to be so great today [1].

Why do I care?

I care about this because I want to be that. This is my point to myself. I want to be prolific. I want to write dozens of children's stories and do hundreds of drawings per year. A blog post a day. An educational video each month.

I want to raise myself to be prolific. To achieve that level of discipline that it takes to be constantly creating content.

When I think about blogging, I've had a goal of a blog post a day hanging in my head for the longest of times. I've never stuck to it but I've certainly wanted it. And in some ways, I come closer to understanding why that is each time I think seriously about it. But very little hits the nail on the head as hard as this video:

It's very simple. Campbell Walker aka Struthless details how an eccentric artist gave him an important piece of advice on how to be a successful creator. The advice he got was to draw the same thing every single day. Campbell chose an Ibis. And the reflections he shares in the video resonate really hard with me:

You can't go building yourself up in every single angle. You have to focus.

My interpretation of this is not that you can't be doing different things. I take David of Basecamp as an example. An author, parent, activist-ish, professional race car driver, and a kick ass developer all in one. There are definitely others like him. So it's not that a person can't be creative in different things at the same time. It's just that whatever they choose, they need to focus.

So if I take writing, I can't just choose that I want to be a poet one day and then some days later say no I want to be a short story writer. Nuh uh. If I say I want to do poetry, then I stick with it, build myself up, and really really focus. Maybe I do both. But I can't do it in a shallow way. It's all in or nothing.

This naturally will force one to exclude certain things from life. I can't be practicing music, graphic illustration, voice acting, software development, and game development in a deep way all at once. But whatever I feel I have room for, I pick it, and then focus.

I don't think there's any argument I have with this. I don't have anything to add to it either. Setting constraints, whether the constraint is 1 hour to create an image or create a software only to do X, constraints give us more productive freedom since all we are left to focus on is solving the problem within the constraints.

Again, I believe in this. When I was a long distance runner I would tell other people who I trained that fitness might be a natural resource you have. You can build it up and measure it. But endurance is something intangible that you build up by showing up everyday and working hard even when you don't feel like it. Endurance is what picks you up and pushes you over the finish line when your body is screaming in pain.

I feel like that advice applies to what Campbell says here. Motivation comes and goes. We can build up things to motivate us daily. But ultimately, the one thing that gets us over that finish line when our minds are saying no is the discipline of having built up action as a routine.

Removing thinking as a form of procrastination

Nothing much to add here. I think it's a little specific to the advice Campbell received but I also feel like it merges in with the 2nd point of constraints are good.

But still. Why do I care?

I'll write about this more. But lately I've been thinking about what I want to be doing in 10 years. I'm happy with what I do now. But I don't know if that will hold true in the coming decades.

Reasons for the above aside, I do know this. If I want to be doing what I love doing even in 10 years, I need to be laying bricks now. I don't know which pile of bricks I'll end up specialising in most. Maybe I'll just keep doing what I'm doing right now. But! I need to start somewhere.

And that's why I care. Because I need to be prolific now.

And where to start? Outside of work, I plan to start with my writing. Specifically sharing my thoughts on my blog. It's something I have loved doing since I was an angst filled teenager. And I want to really lean into that. Share my musings. Share my doings. And hopefully, I can make something from it. I'll probably fail a little at the start as I warm up. But writing on this blog regularly (daily if possible) is the first thing I'm choosing to focus on in being prolific.

Posted on November 12 2020 by Adnan Issadeen