The nail in the basecamp

I posted the link to this story (how basecamp blew up by Casey Newton) yesterday in my "In Other News" section. I also said I'd be sure to discuss this a little bit more in depth. So here I am. And I am sad to say that there's just nothing to salvage in Basecamp's image. If there was anything to salvage, Jason went and threw it away with his latest blog post today. I'll come back to that in a bit. I want to pick apart the details revealed from Casey's story that came out yesterday. I actually found it hard to stop reading it repeatedly.

First up was the bit about David showing up to a meeting and then saying he was sick followed by turning off his camera and mic for the rest of the meeting. Honestly, maybe he really was that sick. It's just that he was tweeting at full strength including running a full on block party just a little while before the meeting. I don't want to judge much more, but let's just say it's a bad bad look especially given everything that went down in the meeting.

The second point that struck me was the data deletion a week before the changes were made.

About a week before rolling out the policy changes, the founders deleted nearly two decades of internal conversations from previous instances of Basecamp and its other collaboration products.

This might sound like too little to go on. Too easy to make into a conspiracy theory. But if we look at Casey's first inside look at Basecamp:

Hansson’s response to this employee took aback many of the workers I spoke with. He dug through old chat logs to find a time when the employee in question participated in a discussion about a customer with a funny-sounding name. Hansson posted the message — visible to the entire company —and dismissed the substance of the employee’s complaint.

Two other employees were sufficiently concerned by the public dressing-down of a colleague that they filed complaints with Basecamp’s human resources officer. (HR declined to take action against the company co-founder.)

If we put the timelines together, all the old communication was deleted in the week between the complaint made and the policies rolled out. It would be naive to believe that there's been no connection here. Maybe the deletion wasn't to protect anyone in particular, but it certainly does look like it was made to create friction in retrieving anything from the past.

Third, was Jason not knowing the basics on how to respond to a white supremacy denier (sceptic?)

In the April discussion about the list of customer names, Singer posted to say that attempting to link the list to genocide was “absurd.” On the Friday call, he went further.

“I strongly disagree we live in a white supremacist culture,” Singer said. “I don't believe in a lot of the framing around implicit bias. I think a lot of this is actually racist.”
...
Singer concluded his remarks. Fried responded, “Thank you, Ryan.”

There's a lot of discussion shared here where a black employee called Ryan Singer and Jason out on this kind of callous speech. It's difficult to read. Frustrating. But then this followed.

The employee called for the founders to denounce white supremacy. “That would be the bare minimum for me,” they said.

“I’m not here to share my personal views on anything,” Fried said. “I’m horrified when one group dominates another.” Fried, who is Jewish, added that he had lost relatives during the Holocaust. “I think it’s absolutely the most disgusting thing in the world … I can’t say that’s happening here.”

Fried added that he didn’t “know what to say about specific terms. I don’t know how to satisfy that right now.”

Really? This is why training is important. For people in positions of privilege, you need to know how to recognise common power dynamics happening right in front of you and you need to be able to call it out. Especially if your position happens to be leader of a company.

It's also an even worse look when you consider that Jason himself wrote a post sharing dismay at events happening in America around June last year. He very specifically made claims to taking time to educate himself. The events that happened here are proof that he failed at it. Badly.

From here, it's just more crap about the company.

There's this from Nathan Kontny on HackerNews where he shared his perspective of him and the team charged with growing HighRise was let go.

Then there's this tweet on Ryan Singer being an islamaphobe for a long time and that the founders even replied to some of his stuff publicly. I can't recommend that companies fire people based on their political views, but any decent human should understand how unsafe the workplace would feel in the company of such people. I can't imagine what it would be like to work at Basecamp as a muslim.

And now Jason managed to write his latest update post and it makes some stuff very clear.

And really, if money coming in is the only thing that matters even if it means hurting social progress, I don't want to do business with a company like that if possible. So today I cancelled my subscriptions to both my personal and my work hey mail accounts. It helps that I had already transitioned to using my [email protected] email address. Made everything much more simple. 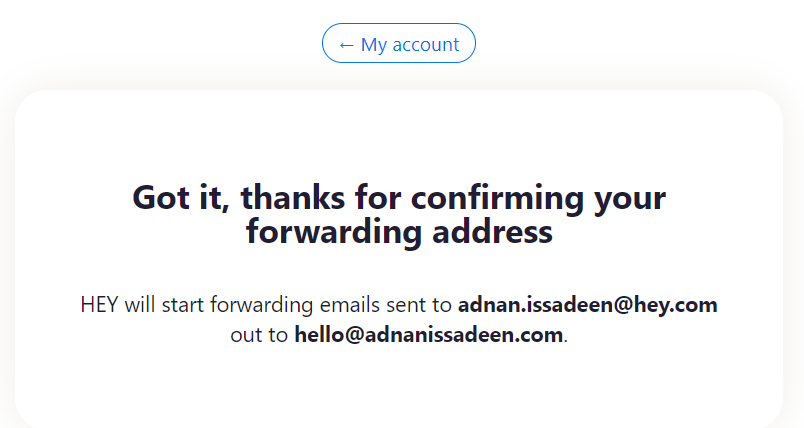 Gaming as an adversary

This article on how games use shady tactics to keep you addicted and to keep you spending money is a timely one. It's a little shallow for my liking but that's probably because it's an area I have dug into so much. Overall, it has the necessary information to prime someone on this topic. It covers the essential stuff, from feedback loops to make you return to the game regularly to gambling style mechanisms designed to push you over the edge to pay some money to get ahead in the game.

This stuff right here is why I worry about all these games, the free ones especially, for younger individuals. Anyone who knows me knows that I gamed from the time I was young. In fact, I'm even gaming with my 5 year old son now. So I don't have anything against video games on their own. I just have a lot of issues with modern video game designs and their approach to addiction. Instead of creating gameplay itself that is addictive, this breed of modern games makes the game enhancing external mechanics addictive. What does that mean?

Making a game where the core mechanic itself is a lot of fun and is hard to put down is not a science. No one's figured out the right combination of art work and animation and game rules that will be guaranteed to make people addicted. It's an art. And most of the time, the best result will be creating a game that is insanely fun to play but not addictive. Gameplay alone that is addictive is truly a rare beast.

But the game enhancing mechanics? The loot boxes. The pay to escape life timers. The daily "rewards". That's not art. Those are tuned ruthlessly using algorithms and science. Literally. People with PhD's in topics of how to create addictive feedback loops are designing some of these systems. These engineers and scientists get to create a direct relationship with vulnerable people and the people don't even know it. When games are made like this, the relationship between gamer and game is now adversarial.

I don't have any fixes for this. Just saying, stick to indie games made by people who have shown true love in their craft. Doing this is especially important for younger gamers. The game may most likely not be free but for a one time payment you receive a product which has been made with the intention of creating a thoughtful bond with the player.[1]

I ran into an absolutely bonkers piece of information the other day and I'm still processing it. I don't even know where to begin so I'll go straight to the end with this tweet

Artists' digital works are being copied and sold off as NFT's. And although I'm only discovering it now, it's apparently been going on for a while. I'm not going into the details of an NFT here. It doesn't matter because I'm not even sure what it means here. What matters is that the people who are doing this are so far off in their own world that they are ready to label it as "commentary on the agency artists have over their digital work".

I'm still trying to think through the implications of this. Firstly, once an NFT is sold, there's no reversal of that transaction that can be made. So in terms of legally reversing a transaction, the artists have no option. But as long as we are talking digital artwork, that's generally true for a similar transaction that might take place using standard payment models like paying via PayPal or gumroad.

Second, there's a question around value. If a digital image is copied and sold by someone other than the artist, does that reduce the value of the artwork in the future. Will the real artist get as much value when they try to sell it for real. Or will it be a dud because it already sold as an NFT. It's really hard to imagine any of this because NFT's don't indicate ownership of anything except the receipt for something sold. You don't actually own the artwork. You own the token that says this particular digital copy of the digital art is "yours". But humans gonna human. So if someone paid the equivalent of 1000 USD in Ethereum (ETH) to buy a "pirated" artwork, will the market be willing to pay more than that if the same piece was sold, but this time by the real artist?

Third, and finally, a lot of artists still don't want to participate in the NFT market for ethical reasons. In this, the dude who wants to do "commentary on agency over digital work" manages to make a point with their artwork. Artists who want nothing to do with NFT's are finding themselves being dragged along to participate in this business whether they like it or not.

But is any of this more impactful than the standard theft of digital artwork that happens everyday?[2]

Like I said, I'm still mulling this over in my head to decide whether all this has broader implications or not. For now, although my initial reaction was a big "holy crap", I think I'm willing to settle for the fact that this kind of crappy stuff is inevitable. NFT's or otherwise.

Previous links and notes (May 4th)

Next links and notes (May 6th)